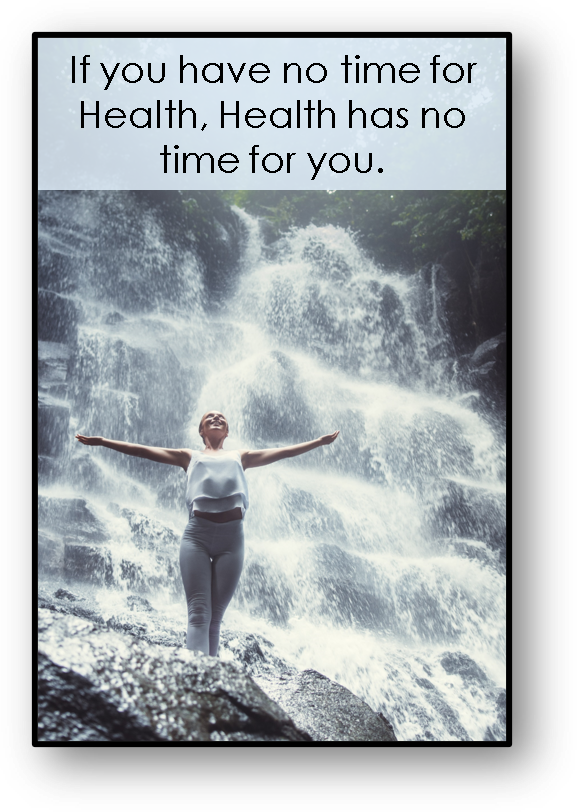 As a species, we have somewhere between 30 and 40 trillion cells in our body, of which approximately 1 million die every second. In fact, if you were to weigh the total number of cells that die every day, it would come to over a kilogram.

In his 2014 article, published in Medical Science, entitled “Live and Let Die”, Fredrik Hedlund explains why this is something that is especially important for the scientific community to study.

Old and broken cells must be taken away. Parts of cells that have broken down, or were not right from the start, need to be removed. So cell death is a very important part of the body's quality and sanitation system that clears away the old and broken bits and replaces them with new ones.

Problems arise, however, when something goes wrong with the cell death process. In the case of cancer, cells refuse to die and grow into a tumour. In diseases such as Alzheimer's or Parkinson's, the opposite occurs: brain cells die even though they are not supposed to.

Today there are more than 50 diseases in which scientists know that the whole reason, or a major part of it, is related to a failure of balance in cell death. This has made research into different types of cell death the most prolific area of research in the world during the past decade. It is also why it is so vital that we regularly detox and help cleanse our old cells. 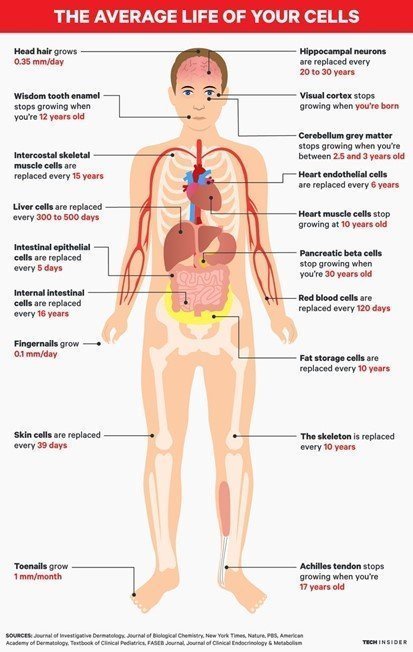 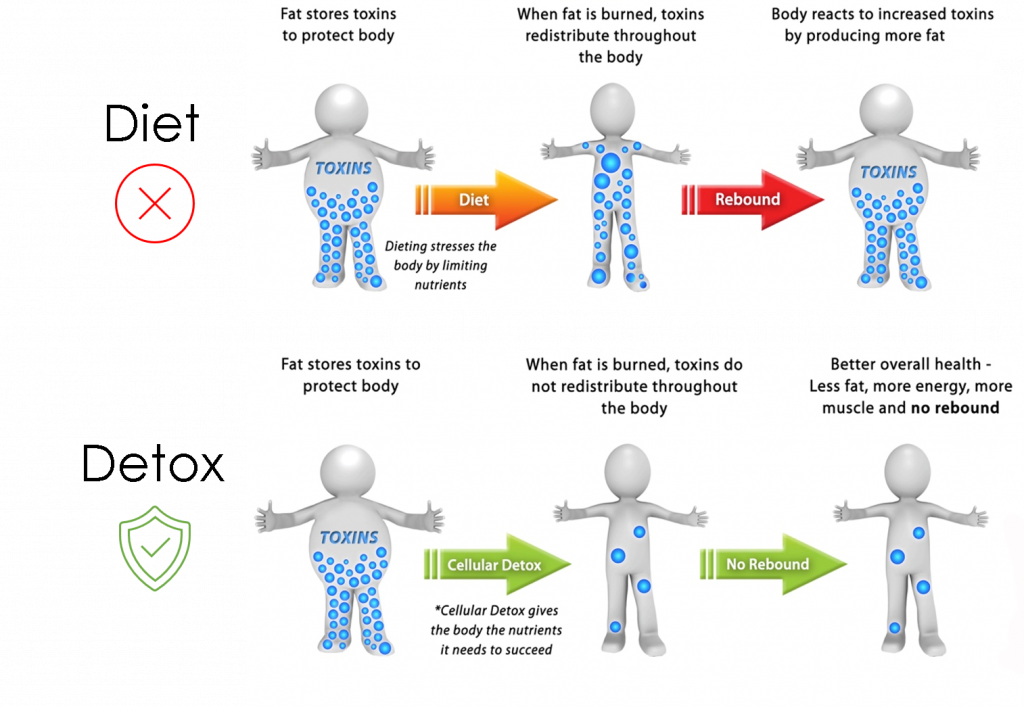 The body has its own mechanisms for protecting itself from toxins, let's look at how they work.

The body understands the dangers that these toxins present to it, so it calls in the troops, which are known to us as Fat Cells.

Fat Cells can surround the toxins, providing a shield between them and the body, doing their job to protect ourselves. Unfortunately, if we diet without first removing the toxins, then the fat in the cells is burnt away as we lose weight, leaving the toxins free again to roam around our system and create mischief.

This is one reason why we can sometimes feel unwell if we lose a lot of weight quickly, as we have no protection against the toxins. Of course our body is clever, it knows what to do – create more fat in our cells! We can suffer from yo-yo dieting if we do not first remove the toxins, and yo-yo dieting has been proven to put our body under even more stress, which leaves us deflated and unwell.

If we make sure that we perform a cellular detox first, then when the fat in the cells is removed as part of normal weight loss, there are very few toxins remaining that we need to be protected from, so the body doesn’t need to create new fat, leading to more energy and more healthy muscle being built.

Biome DT is a patent-pending drink mix that combines psyllium, broccoli, inulin, glutamine, and zinc to support microbiome purification for a new beginning to Elite Health. Biome DT is gluten-free and vegetarian-friendly and utilizes distinct pathways to support the microbiome. 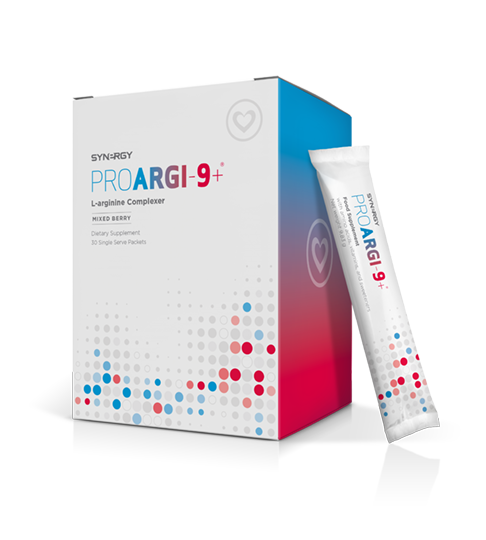 ProArgi-9+ improves circulation and protects our cardiovascular system from fat and plaque build up. It has been clinically proven to reduce bad cholesterol, regulate blood pressure and helps all the cells in the body to receive enough oxygen and nutrition.

One of the primary ingredients of ProArgi-9+ is l-arginine, which was researched by three American scientists who were awarded the Nobel Prize in 1998 for discovering its powerful health benefits.

ProArgi-9+ contains five essential vitamins: Vitamin C, Vitamin D3, Vitamin K2, Vitamin B6 and Vitamin B12. Each plays a vital role in supporting the body’s overall performance. Vitamin C contributes to the normal functioning of the nervous and immune systems while reducing fatigue and contributing to normal psychological function. Vitamin B6 and B12 share a few health benefits with Vitamin C, but also play an important role in normal red blood cell formation and homo-cysteine metabolism. Vitamin K2 has a set of its own benefits, playing a key part in maintaining normal bones and blood coagulation.

The combination of ingredients in ProArgi-9+ was meticulously formulated to support exceptional health. This product is pure, potent and formulated to help you live life optimised.

Body Prime effectively prepares your body for any health regimen. With a significant amount of magnesium, it contributes to normal energy metabolism and valuable electrolyte balance. These factors are perfect primers for your system to initiate your Purify Program. Body Prime is an effective formula that will give you gentle bowel motility. 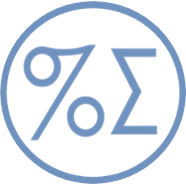